What Works Best In Automotive Ads - And What Doesn’t 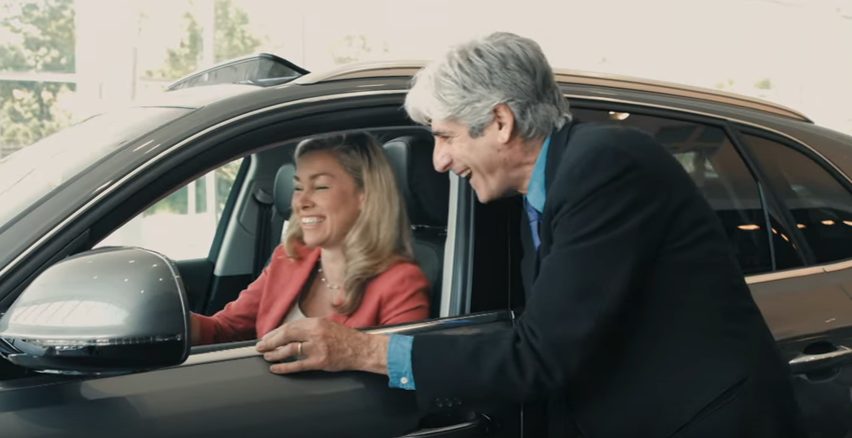 I have a challenge for you.


Try sitting through an entire commercial break without seeing any car ads.


Go ahead. I promise at least one is going to pop up.


This isn’t surprising, considering that the automotive industry is one of the biggest advertising spenders in the world. In fact, the industry’s total ad spend in 2015 was a whopping $47 billion, which accounted for 20% of the total $240.5 billion spent on advertising that year worldwide.


Yes, the auto industry spends a lot of money to make a lot of commercials. You get it.


But how effective are these ads really? And which ads are most successful at actually getting people to a dealership?


Of course the nationally syndicated ads made by Tier 1 automakers are going to get the most audience attention (big brands and big production budgets will win that battle almost every time), but what about the ads for your local car dealerships?


Dealership ads seem to run just as often - if not more often - than syndicated ads, so they should be aiming to make just as much of an impact on audiences. This got us thinking, exactly how effective are dealership ads at connecting with audiences, building brand trust, and most importantly, getting people to purchase?


Dumbstruck allows users to test video effectiveness using advanced facial recognition technology and machine learning to track the emotions viewers experience as they watch a video. The platform can analyze viewers’ reactions for every moment of a video, allowing users to see whether the video is evoking targeted responses and behavior. Since Dumbstruck is browser-based, all participants can easily watch the videos on their personal computers, and reactions are captured via webcam.


Breakdown of the Research

After uploading each video ad to the Dumbstruck platform, we randomly selected 100 people from our participant panel to watch the ads. Half of the participants watched one video, and half watched the other video. Participants were both male and female, ages 18 and older, with various ethnic backgrounds and located across the United States.

As participants watched the videos, emotional data was automatically displayed in a graph on the Dumbstruck platform, which measures six core emotions - Joy, Surprise, Anger, Fear, Sadness, Disgust - along with Attentiveness, Eye Movements, and the overall Mood of the viewers. Mood is the aggregate of all six emotions, and indicates viewers’ overall positive or negative enjoyment of the video content.

For this test, we focused on the Attentiveness and Mood levels of participants, as these are strong indicators of overall emotional engagement, viewer retention, and viewer enjoyment.

In order to gain further insight into participant responses, we also analyzed answers to specific survey questions. All participants were required to answer the following three questions after watching the video:

1. “Do you prefer automotive ads that feature real people, or only images and text?”
2. “How likely is it that you would visit this car dealership after watching this video?”
3. “Do you prefer car ads that focus on pricing, or the customer experience at the dealership?”

Video A focuses on the dealership experience. It features multiple shots of the auto group’s dealerships, as well as various images of people looking at vehicles and sharing friendly exchanges with sales associates. There are no spoken words in the video, and only a small amount of text appears on the screen, which showcases the brand’s message: “This is the Spirit that drives us.” The ad ends with the auto group’s logo, along with logos of its various dealerships. One important thing to note is that pricing is not mentioned at any point in the ad, rather the content is focused on showcasing the brand.

Video B is primarily animation-based. It does not feature any real people or shots of the dealership. Although it does show multiple images of different vehicles that the dealership sells. There is a narrator speaking throughout the entire video, and almost everything he says is displayed as text on the screen. The content in the ad centers entirely around pricing, and halfway through the video, a special promotion is displayed for a new Kia Soul. The ad ends with a tagline and the name of the dealership.

(The graph above displays the Attentiveness measurements for Video A and B. Video A is the solid line, and Video B is the dotted line)

(The graph above displays the Mood levels for Video A and B. Video A is the solid line, and Video B is the dotted line)

Video A holds an overall higher Mood level than Video B throughout the duration of each video. The Mood level stays positive for almost all of Video A, and is negative for more than half of Video B. One particular thing to note is that for Video A, the Mood level is at its highest peak when the logo is displayed on screen, and for Video B, the Mood level is at it’s lowest point while the logo is displayed. In general, advertisers should display their logo during a peak of positive emotions, as that has been shown to increase viewer purchase intent.

Some notable responses include:

“I prefer dealerships that focus on customer service because I like to feel welcomed and well treated.”

“Customer experience, and how they interact with cars...helps determine if its a right fit for my family.”

“Customer experience at the dealership. It’s more important, than the price. Of course there should be a mention to the price of the car, but it doesn't have to be totally emphasized. I rather you emphasize [the] experience.”

“I prefer ads that focus on pricing and the customer experience. I feel capturing both these elements will tend to draw more customers to a dealership.”

“I prefer they focus on both. Cost is what brings me in, but I also like to know I would be having an enjoyable time while [I’m] there. Both are equally important to me.”

“I prefer to see a combination of both pricing and customer experience. I feel this would attract me to visit the dealership when I am in need of a vehicle.”

Overall, Video A outperformed Video B in terms of overall Attentiveness and Mood, which, as mentioned earlier, are significant factors in assessing viewer engagement and enjoyment. Levels of both Attentiveness and Mood were clearly higher in Video A than Video B, and high levels of Mood indicate a strong presence of positive emotions, which is key because positive emotions are a big driver of purchase intent and positive brand perception.

Based on the test results, here are a couple recommendations to help you develop ads for your dealership:

1. Create ads that are centered around the customer experience and include - but are not focused on - pricing specials. As the majority of the survey responses indicated, customer experience is most important for people looking to purchase a new vehicle. Why? Because the better experience people have at your car dealership, the more likely they will trust you, and ultimately purchase from you. Dealership ads that focus solely on pricing are not nearly as effective at increasing brand trust as ads that showcase the values of your brand. However, good deals are effective at grabbing people’s attention, so don’t discount price altogether. We suggest creating ads that focus on your brand and customer experience, but also include one or two vehicle promotions. As shown in many of the survey responses, customer experience and pricing are both very important to car shoppers, so it would be smart to incorporate both elements into your ads.

2. Create ads that feature actual people and shots of the dealership. As shown in the emotional data and survey responses, participants clearly preferred the ad that featured real people at a real dealership, as opposed to the animation-based ad that relied on text and images. (In fact, one person even called the animated ad “overwhelming” and too “fast” to “read and comprehend.”) Once again, ads that show a realistic customer experience are going to be more effective at building brand trust, which makes sense, seeing how most people can relate more to actual people than an animation. In general, ads that are relatable are going to generate more positive brand perception and trust, which in turn leads to increased purchase intent.

To learn more about the insights and takeaways from this video test, or how you can test your videos with Dumbstruck, please contact us by visiting our website homepage.