The Fear Factor In Advertising 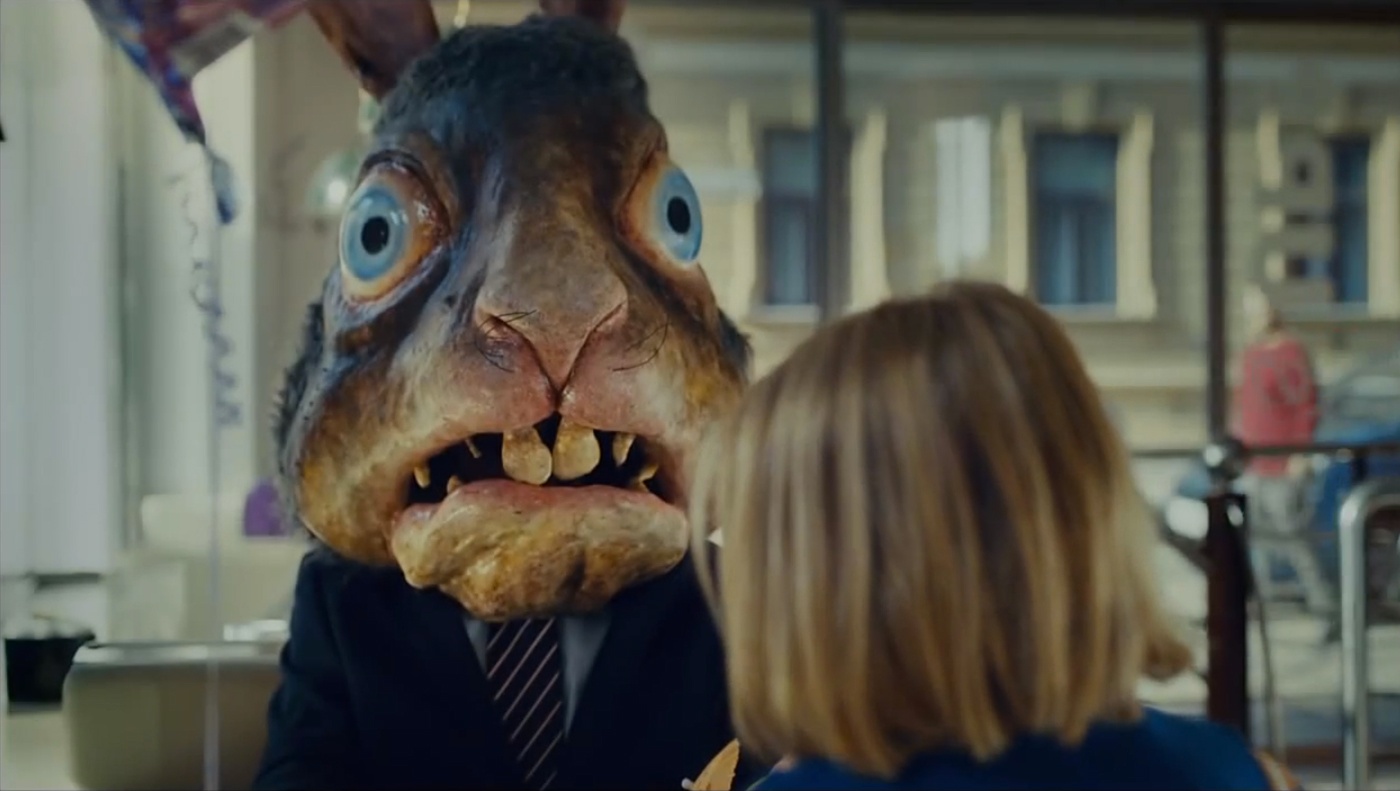 The scene opens on a mom and her two kids driving in a thunderstorm. It’s dark and it’s raining. She can hardly see the road. She’s trying to concentrate, but the kids are loud and distracting. Something flashes across the screen. She slams on the break. The car swerves and nearly goes off the road, but at the last second she’s able to steer it back to safety.

This could be a scene in a commercial for a tire company whose goal is to promote safe, durable tires that are capable of preventing fatal accidents. There are many commercials that use scare tactics like this because fear is one of the most persuasive emotions, and it’s one of the best ways to get viewers to take action (e.g. visit a website, dial a phone number, visit a store, or make a purchase). Fear also stimulates a high level of brand attachment, and according to a recent study, people have better recall for ads that evoke fear than for ads that evoke joy and happiness.

The old saying that sex sells may be true, but fear is actually better at it. In his book Buyology Truth Lies About Why We Buy, Mike Lindstrom discusses how fear taps into our primal concerns for survival, making us more apt to take action, whereas sex-based ads often just distract us from the focus of the ad, decreasing our desire to take action, and our attachment to the brand.

As Todd Van Slyke, an advertising instructor at The Illinois Institute of Art-Schaumburg, states: “Fear appeals strike a nerve with people who have doubts about things...They play on our inherent fears of the unknown or that something is going to kill us. That is why scare tactics are stunningly effective.”

Fear in advertising has it’s roots in the 1920’s when Listerine created mouthwash as way to combat halitosis (bad breath). The initial advertising campaign centered around Jane, a gorgeous young woman who struggled to get married because of her bad breath. Their revenue skyrocketed from $115,000 to $8 million within seven years, and marketers have been using fear to connect to consumers ever since. 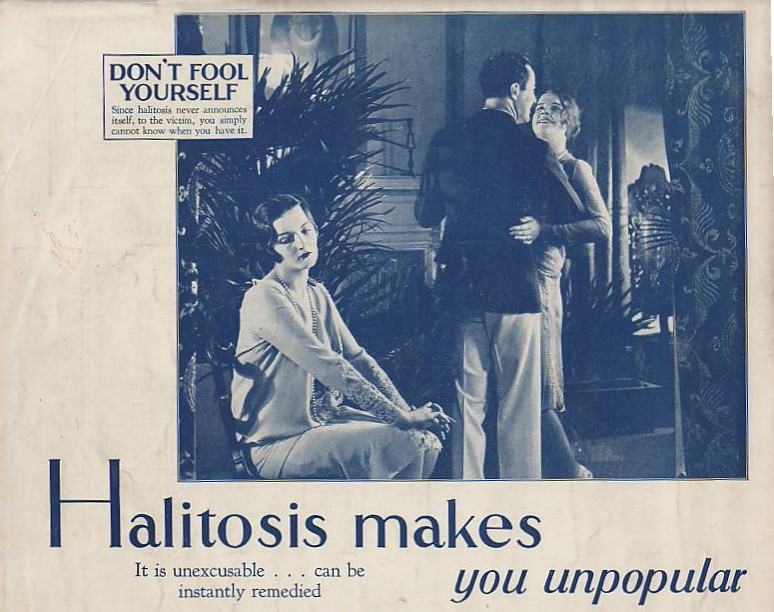 Let’s take a look some of the best - and worst - fear-based ads to come out in recent years and explore how they used fear effectively, or why they fell flat.

When Fear Is Effective

1. ”Stop Climate Change Before It Changes You Campaign” - The World Wildlife Fund

This successful World Wildlife Fund print ad uses fear to raise awareness about the devastating effects of global warming. The ad is so effective because it presents a picture of a frightening human face mutated by the effects of climate change. The image draws the reader’s attention while sending a chilling message: “stop climate change now or your descendents could look like this.” This striking image makes it clear that climate change is something to be afraid of if we don’t take action to reverse it.

Another good example of an effective fear-based ad is the commercial below, which is part of the Food and Drug Administration’s “The Real Cost” campaign. The video shows a science teacher demonstrating the dangers of cigarettes, which are a depicted in the ad as a small alien creature that the teacher is dissecting. The creature eventually comes alive and attacks the students, causing them to run out of the classroom screaming. Imagining a pack of cigarettes as an alien creature might be too “science fiction” for some people, but one can argue that it's disturbing enough to make you at least think twice about the harmful effects of smoking. The ad's tag line “If cigarettes looked as dangerous as they are, you’d run like hell” further drives home the message.

Harjot Singh, Senior Vice President, and Director of Planning at Marketing at Grey Canada, suggests, advertisers should always keep their audience in mind when creating fear-based ads. “If you’re talking to young people, they are high sensation seekers,” he says. “So you need to present a message to them that is in line with their mental makeup. If the ad is telling teens not to smoke or do drugs, you may need to use shock value to create a sense of urgency with young people who are not yet in touch with their immortality. But you have to use fear responsibly.”

The Science Class ad resonates with young people because it strikes a balance between using shock (which meets their need to be “sensation seekers”) without being so realistic or morbid that they shut it out.

This next ad is another great example of a brand that effectively uses fear. The extremely unsettling ad from Fragile Childhood, a non-profit organization in Finland for children of alcoholic parents, shows how kids see their alcoholic parents as real-life monsters. These monsters take many shapes: a scary clown, a black cloaked death, a bunny head, etc. What makes this ad so powerful is that the viewer experiences the fear of parental abuse through the child’s eyes. Once you’ve seen this ad, it’s impossible to forget. The cinematic approach grabs the viewer and invokes them to take action against children being exposed to abuse by alcoholic parents.

Public service ads (PSA’s) often use an effective fear-based advertising strategy called “shockvertising” that features graphic or disturbing imagery in order to get viewers to take action. These ads are most often for non-profit organizations that promote humanitarian efforts or the prevention of life-threatening events, such as the dangers of smoking, drunk driving, texting while driving, and drug use.

This CDC anti-smoking PSA is a great example of “shockvertising.” The ad shows a woman’s disturbing daily routine after throat cancer has caused her to lose her hair, teeth, and to have a laryngectomy. The ad is so powerful because the viewer sees how a real person is struggling to deal with the horrifc consquences of long-term smoking. It serves as a powerful warning to stay away from cigarettes, or what happened to her, could happen to you.

Shocking or disturbing ads like CDC’s anti-smoking PSA can be very impactful, but advertisers must be careful not to over do it. If an ad is too graphic or disturbing, it can have an inverse effect on viewers, and they may stop watching it. This is because too much fear is associated with reduced persuasive impact, which causes viewers to stop paying attention or use other subconscious strategies to distance themselves from their emotional discomfort.

“Simply trying to encourage smokers to quit by exposing them to combined threatening and disgusting visual images is not an effective way to change attitudes and behaviors," said Paul Bolls, Co-Director of the Psychological Research on Information and Media Effects (PRIME) Lab at the University of Missouri School of Journalism. "Effective communication is more complicated than simply showing a disgusting picture," he continues. "That kind of communication will usually result in a defensive avoidance response where the smoker will try to avoid the disgusting images, not the cigarettes.”

In the same study, co-researcher Glenn Leshner, says that “when a disgusting image is included in a threatening PSA, the ad becomes too noxious for the viewer.”

There is a thin line between using fear effectively and overdoing it. If viewers detect an ad is trying too hard to push the shock value, they may perceive the ad as manipulative - which can result in consumer backlash such as Nationwide’s Super Bowl ad. The commercial features a boy talking about all the things he’ll never learn to do because he died in an accident. Not surprisingly, there was immediate backlash on social media, and Nationwide was accused of “using child death to sell insurance.”

The last thing brands want to do is offend viewers, so if you’re using fear in your ads, it’s important to keep your audience in mind as you develop the ad. Think about the values of your audience and how far you can push the boundaries with them.

Let’s take a look at some more ads that missed the mark in using fear:

It seems like the ad for Little Baby’s Ice Cream is attempting to be funny, but instead the ad comes off as creepy and strange. The image of the bizarre ice cream man eating himself is pretty disturbing, and didn’t sit well with many viewers.

This unfortunate outcome is the risk of trying to use shock value to make an impact with your audience. Unfortunately for the brand, the ad was too over-the-top, and not only failed to connect with viewers, it perpetuated negative feedback. This is it’s so important to remember the core values of your brand when creating an ad. Fear may not be the best fit for your brand. Ice cream is a good example, as most people do not associate fear, or shock, with ice cream, which is probably one of the reasons why viewers were put off by Little Baby’s Ice Cream’s bizarre ad.

Australia’s New South Wales “Stoner Sloth” campaign has been called “the worst anti-drug campaign ever”. What makes this campaign so terrible is the ads feel more like a parody than a compelling anti-marijuana message. The compilation video below features each of the ads in the campaign, which were supposed to serve as a warning to teens thinking of trying marijuana. Each ad depicts teenagers as huge sloths who struggle to take tests, pass the salt at the dinner table, and socialize with peers.

In the first video, a teacher realizes that the stoned student (sloth) has not written anything in her text book. The student seems helpless, dropping her pen while sad guitar music plays. The rest of the students stare at her with disdain. The second video, features a teen who, while sitting down to eat dinner with his family, fails to comprehend the simple request to pass the salt, passing a salad instead. The last video shows a teen at a party who can’t socialize because he’s too high. All three videos end with someone saying, “stoner sloth,” and with the displayed text: “You’re Worse on Weed.”

Unfortunately, the use of sloths as a scare tactic fell flat with the target audience. Instead of scaring teens away from marijuana, the sloths were seen as strange, goofy, and humorous, resulting in the ads having the opposite desired effect on viewers. The campaign quickly became a joke on social media, and the serious anti-drug message was lost. Thus, this is another great example of why it’s so important to keep the core of your brand in mind when you develop your ads, rather than getting carried away with a creative idea to deliver your message.

When used correctly, as in the Fragile Childhood ad, fear can be a very effective strategy in driving consumer behavior and boosting ad performance, however an overuse of fear can actually have an adverse effect by turning people off to your brand. Thus, understanding how to properly use fear in your ads is essential to their success. When using fear in your ads, you should:

1. Determine whether fear is the right fit for your brand. If you’re a candy company, using fear in your ads is probably not the best way to connect with kids. :)

2. Develop a strategy on how you will evoke fear in your ads. Make sure not to over do it. Too much shock value may be offensive to viewers, and they may associate negative feelings with your brand.

3. Don’t get caught up in trying to come up with a creative way to use fear. It’s better to develop an ad that centers around the values of your brand, and uses fear as a way to perpetuate that.